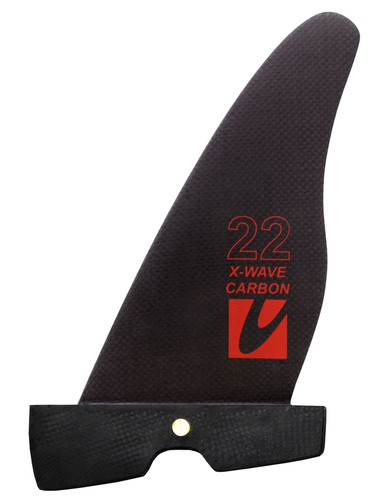 The X-Wave-Carbon is the revolutionary wave fin design in a light RTM-carbon construction featuring moderate flex. It?s a fast and agile single wave fin that offers perfect control in all waves and conditions. A perfect choice when going for fast slashes and turns with maximum control and also a great center fin for thruster setups!